History, by definition, is an effort to reconstruct the past to discover what people thought, what they did, and how their beliefs and actions continue to influence human life. We learn from the events of the past; the successes and the failures, working towards a more cohesive evolution as a species. Indiana’s ICED EARTH operates in a similar manner. Having over 11 releases in the span of their near 20-year existence, the band is consumed by a will to painstakingly progress and succeed.

Which brings us to The Glorious Burden, the band’s 8th full-length studio release and first for SPV Music. With the exception of one song, the album is homage to and a succinct lesson in various points in world military history. Guitarist and mastermind behind the ICED EARTH legacy, Jon Schaffer comments on the importance of this album, In today’s politically correct world, things aren’t taught the way they should be, and the importance is not emphasized in the manner it should. So now you’ve got a bunch of people running around today who don’t give a s***, and are spoiled brats who take for granted everything they have. It’s quite disgusting sometimes when I see college students interviewed by Jay Leno who have no clue. It’s very frightening. I’m hoping that somewhere we can inspire some of these kids and get them interested if your history teacher sucks and makes history boring, go and read some books on your own, because it’s far from boring. The sacrifices these hundreds of thousands of men made over the past 200 years is the reason these little brats can sit around playing video games all day and live pretty safe lives. I hope we can do some good with this record.

As to what brought on this idea for a concept album, Schaffer admits that it has been a long time coming. I’ve been a huge military history buff for as long as I can read. The American Revolution & the Founding Fathers was initially my favorite period, but as I grew older, I started getting into the Civil War. I’ve always read history books far more than any fiction or horror, but I never really put it into music before, with those kinds of emotions. The seeds for this thematic opus began with the bombastic instrumental 1776 (from 1998’s Something Wicked This Way Comes) and materialized further with the passion of Ghost Of Freedom (on 2001’s Horror Show). The political events of the past few years also played a major role in Schaffer’s decision to embark on this bold venture. I think 9/11 may have subconsciously awakened my desire to want people to learn about this country. It’s always been there, though. Look at Ghost Of Freedom . That came out before 9/11, and it was dedicated to all of the veterans throughout the history of this country, from the American Revolution to present day. On this new record, When The Eagle Cries is obviously about 9/11, and The Reckoning can be tied to it as well, and Greenface , which was written for a Navy SEAL friend of mine who lost his leg in Afghanistan (Operation: Anaconda). The Reckoning , however, can be used for any injustice the charm is that it’s open to interpretation the tyranny of the king, fanatical religious zealots, whatever.

The album begins with a rousing rendition of The Star-Spangled Banner , followed immediately by ’declaration Day , a song portraying the importance of the signing of the Declaration of Independence, and what that day meant to our Founding Fathers. Elsewhere on the disc is the thought-provoking Valley Forge , which entices the listener to imagine how the soldiers, who had to endure the harsh climate of Valley Forge during the American Revolution, would look upon how we’ve treated the freedom they had won for us. The one track that bears no historic connotation is Hollow Man , a personal exorcism of negative energies and enduring hardship.

Not designed to strictly ram the American spirit down the public’s throat, The Glorious Burden is more an album ABOUT history, with songs like Waterloo (Euro version only), Red Baron / Blue Max , Attila , and other intriguing points in history that interest the band. Schaffer elaborates on the maturation obtained from creating the album, This is actually the first time I have fully explored my passion in a musical sense. It just opened up a whole new side of me, and this is by far the best thing I’ve ever done.

The Glorious Burden culminates in the 32-minute epic, Gettysburg (1863) , one of the most moving pieces in the band’s career. Comprised of three sections, the work sonically displays specific events that happened on each of the 3 days of the Battle of Gettysburg. I focused on a few of the main events, says Schaffer, because so much happened during those three days that I could have easily written an entire album about that battle, and to pull it down to 32 minutes was quite a job.

I originally had a little piece of music that I called Gettysburg , but after going to the battlefield, and really thinking about it, I felt that it really deserved to be much more, so I scrapped that piece and started over, committing myself to writing the biggest, best epic I’d ever created.

Hiring the Prague Philharmonic Orchestra to add to the theatrical atmosphere of the project, Schaffer’s tutorial in Civil War history is brief (in the grand scheme of time), but thorough. The Devil to Pay (the first part) commences on Day 1, and focuses on General Buford’s small but tenacious Calvary holding off 15-20,000 Confederates until Union infantry support arrived. The Union did lose the town of Gettysburg that day, but they were able to fortify the high ground and mount a strong line of defense. Hold At All Costs describes Colonel Joshua Lawrence Chamberlain and his defending of Little Round Top, as well as the overwhelming attacks he endured from the Confederates and the desperate charge that he led. High Water Mark is about Pickett’s charge the big infantry assault by the Confederates on the third day, when Lee was going for broke. It was a very tragic day, and this part was the most epic and emotional section of the piece. It closes with cellos playing the familiar melody line that occurred throughout the trilogy and closes on a somber note. My hope is that it will make people think about the heaviness of what actually occurred there.

In keeping with the theme of learning and evolving, ICED EARTH gradually discovered that in order to progress, a change was needed in the vocal department. After enduring 17 painful days of studio work with a half-hearted vocalist, Schaffer decided to make the bold (and oftentimes dangerous) decision to seek a new frontman. Originally planning to do a side project with then Judas Priest singer Tim Ripper Owens, Jon felt the obvious thing to do would be to ask Tim to act as a guest vocalist on the album, but as luck would have it, the timing was right, the pieces ended up fitting into place, and ICED EARTH was complete once again, more potent than ever. What really drew me to Tim was his self-confidence, says Schaffer. He’s very secure and comfortable with who he is, and that is what makes for a great partner. He brings an excellent sense of pitch, power and emotion. People are going to hear sides of Tim on this record that they didn’t even know existed. When I first heard Tim on Jugulator, I said to myself, ’damn, THAT is the voice I hear when I write songs!

Owens is also quite pleased with the way in which it all came together. My years in Priest were absolutely outstanding; I have nothing bad to say about those guys. But I wasn’t even a member of Iced Earth, and Jon wanted me to rewrite 3 songs. I’d been in Judas Priest since 1996, and I was never asked that! I honestly had 15 bands that wanted me to try out, but I wanted to become part of something that had background, a history. This is probably the best thing, musically, that could have ever happened to me. I feel like this is a definite partnership. With this record, I did all the vocals in 5 very relaxed days. With Judas Priest, I did the vocals over the course of 2 months! I’ve already told Jon that this album is really going to be difficult to top!

Pride is evident in ICED EARTH’s work, and The Glorious Burden exhibits Jon Schaffer as a true craftsman. The album’s title is not only a statement towards America’s place as the greatest world power, but it is also a metaphor for the band’s endurance and tenacity. You have to be honest with what you are doing, or you will only do it half-heartedly, explains Schaffer. Everything I do with Iced Earth, I do 100%, and do not concern myself with anything else. I think a lot of guys miss the boat on that, because they are spending too much time trying to please other people; which eventually hurts the end result. Not compromising is what has given Iced Earth its fiercely loyal fan base, because they know they can always rely on it. No one is going to influence my opinion of Iced Earth. When you’re doing this as long as we have been, it’s not a passing fad; it’s a definite way of life.

In concluding this moral, Socratic conquest, Schaffer offers insight into the relevance and importance of learning and sharing history, regardless of location. History should be the most important thing kids learn in school, besides algebra. More emphasis needs to be placed on history, because when history is taught in a politically correct way rather than a historically accurate way, it’s very dangerous. History is a way to appreciate what you have, and how you got it, where you came from, and what sacrifices were made to give you the life that you have. It’s inspiring! 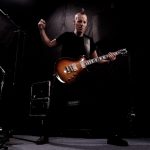 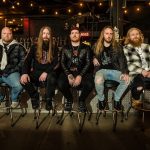 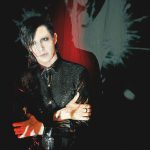 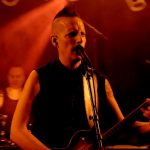 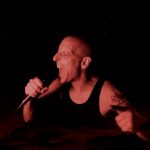 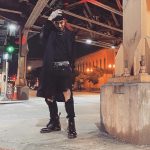