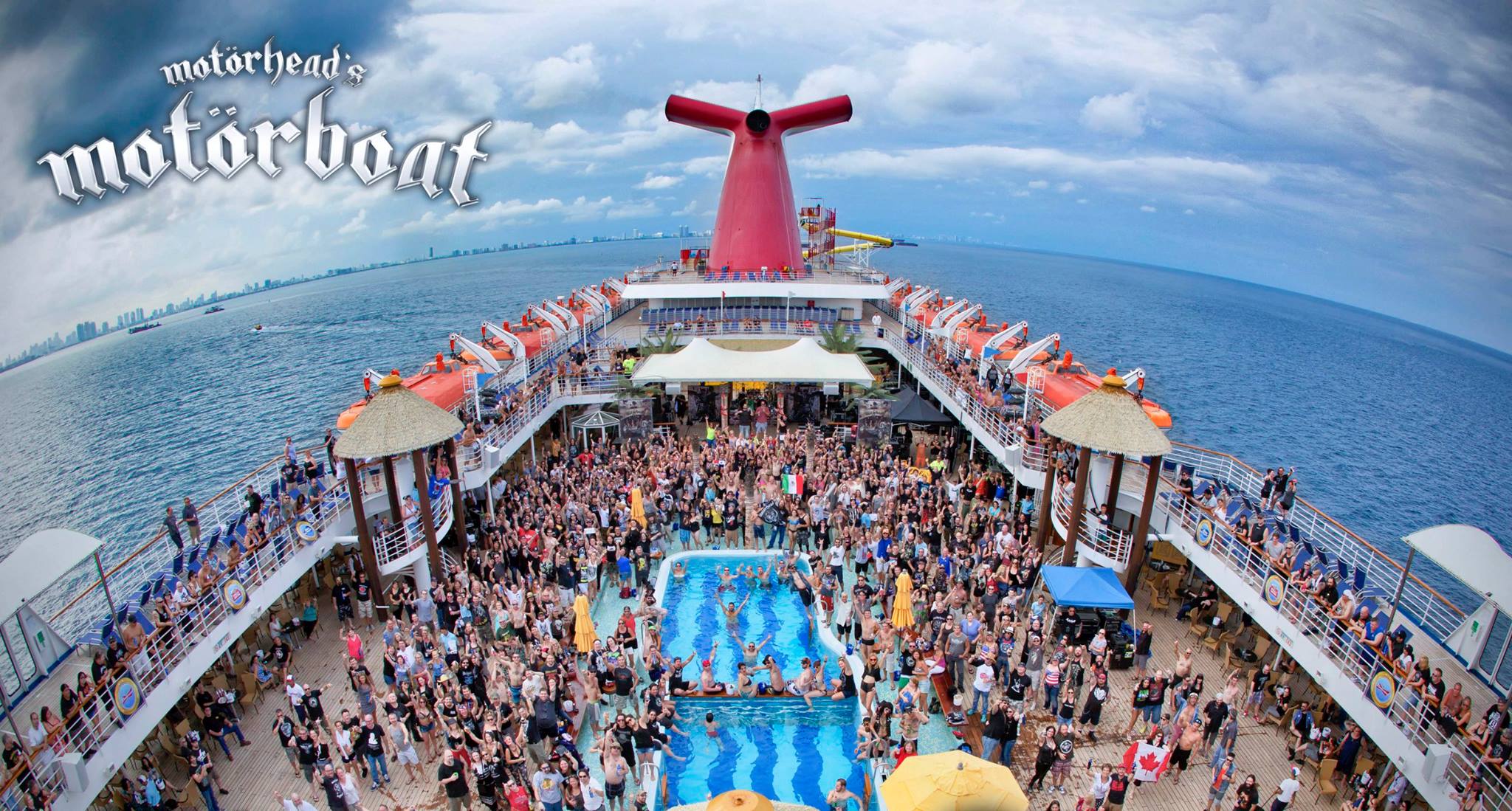 Motörhead’s Motörboat sailed the high seas aboard the Carnival Ecstasy from September 22-26, 2014.   An international audience from over 30 countries celebrated the legacy of the cruise’s iconic namesake and escape into five days of true rock’n’roll.   Highlighted by a pair of  performances from Motörhead, Motörhead’s Motörboat featured more than 30 performances by 15 artists, including Anthrax Testament, Down, Zakk Wylde and High on Fire across four stages throughout the ship, as well as meet and greets with all of the artists, a book signing with Megadeth’s David Ellefson, a spoken word performance by Anthrax’s Scott Ian, an artist Q&A hosted by Jim Breuer, and two Metal Allegiance all-star jams – capped by five Pantera songs featuring Phil Anselmo and Rex Brown. 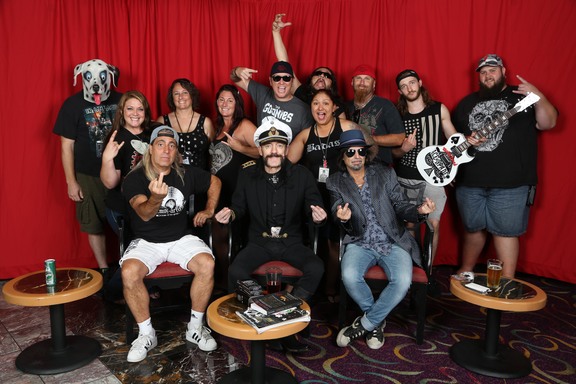 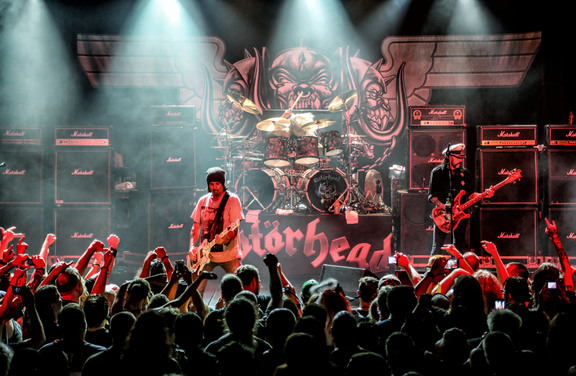 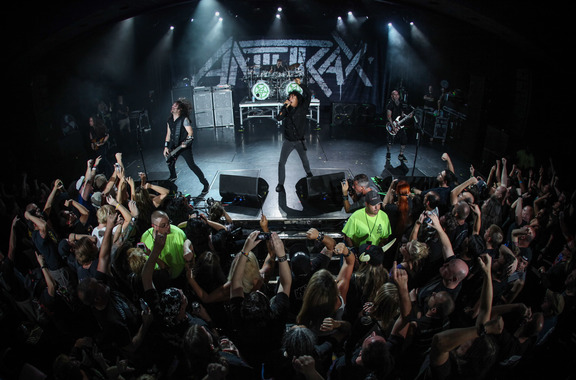 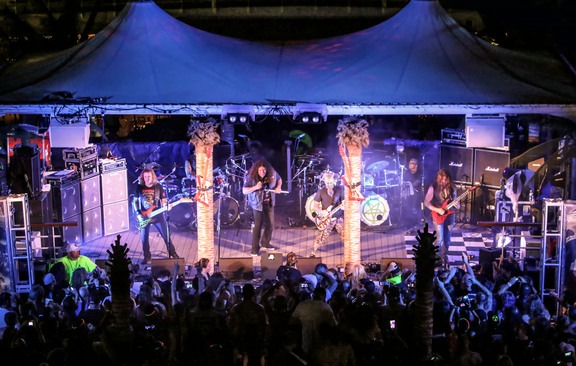 Metal Allegiance closed out the final night on the deck

Motörhead’s Phil Campbell proclaimed, “Motörboat for sure rocked the high seas and shall sail again next year!”

And here’s a sample of what the press has been saying about Motörhead’s Motörboat:

“The Motörhead Motorboat Cruise may have lost Megadeth, but they gained something even more star-studded in the form of Metal Allegiance. The all-star jam was the talk of the Motorboat Cruise, as a who’s who of metal musicians ripped through a number of classic metal and rock favorites.”

“The stage setup of the cruise allowed fans an up-close experience with their favorite metal masters. And most artists could be spotted mingling amongst the other passengers, with very little–if any–crazed fanaticism.”

Plans are already underway for the 2015 Motörhead’s Motörboat excursion. For more information in the coming months, visit MotorheadCruise.com.