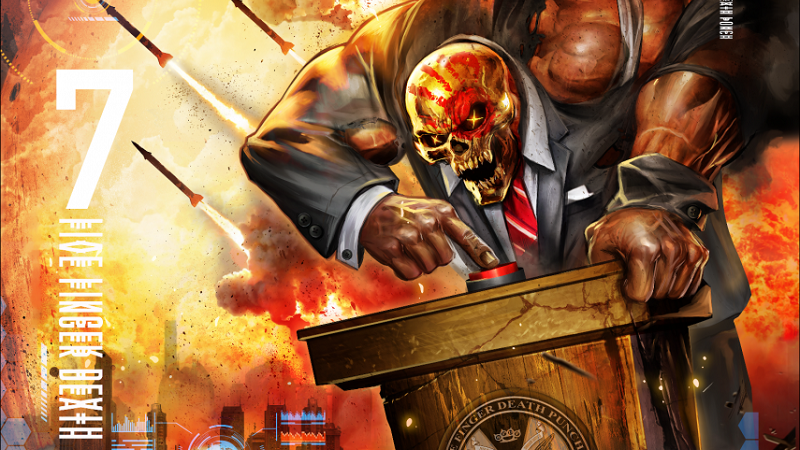 Five Finger Death Punch : And Justice For None will be released May 18, 2018. The long-awaited seventh full-length studio album is available for physical pre-order today in various  formats and a variety of new CD/merchandise bundles. The digital album pre-order for will launch on April 6.

Five Finger Death Punch –  Ivan Moody (vocals), Zoltan Bathory (guitar), Jeremy Spencer (drums), Jason Hook (guitar) and Chris Kael (bass) – continue to make the impossible a reality at every turn. Since their emergence in 2007, the hard rock band has achieved six consecutive RIAA Gold-certified albums, three of which have gone Platinum since, as well as a Platinum single culminating in their 2015 #1 album Got Your Six, while at the same time being one of the top rock streaming acts with over 2 billion global streams to date. In 2016, the band also received the prestigious “Soldier Appreciation Award” from The Association of The United States Army.

5FDP frequently play all major festivals globally from Download to Rock Am Ring to Rock on the Range and sell out arenas around the world to countless screaming “Knuckleheads.” Their 2017 Greatest Hits album A Decade Of Destruction boasts two new singles, amongst them “Gone Away”, a cover of the 1997 song by The Offspring which is currently storming the rock charts.