Sammy’s Birthday Bash is history for 2004, but the party continues as ZRock celebrates all month long with ZRock Red Rocker Rocktober. Tell us about your favorite Sammy Hagar song, concert, or Cabo experience and you could win Sammy’s best tunes!

Everyone who posts comments about their Sammy favorites is eligible to win a FREE copy of Sammy Hagar’s new CD, The Essential Red Collection. Multiple winners will be selected. All ZRock registered members are eligible.

Last evening’s Birthday Bash (October 13) set list began with some of Sammy’s acoustic renditions including Halfway to Memphis with his son Aaron. Things got electric as the Waboritas hit the stage along with Cantrell for Finish What You Started, No Excuses and Man in the Box. Billy Duffy joined for Rock Candy while Chad Kroeger hit it with Love

Removal Machine. Michael Anthony grabbed the bass for such classics as Why Can’t This Be Love and One Way To Rock.

Sammy’s wife Kari surprised her Birthday Boy by coming on stage dressed from tip to toe like Marilyn Monroe, giving him some love face-first with birthday cake. That was the cue for a larger 3 x 6 birthday cake that was being passed though the packed house … and then on the ceiling, the floors, the walls and the fans. All in good fun, except for those that had to clean up the mess when the Cantina finally cleared at 3am.

Earlier in the week, Kenny Chesney and his band headlined the Cabo Wabo stage. The three-hour and 40 minute show included 90 minutes of Kenny’s own tunes, followed by Sammy and Van Halen bass player Michael Anthony joining Kenny and electric guitarist, Clayton Mitchell on everything from Montrose and Van Halen, Hank Williams and Johnny Cash. The evening’s highlights included Fall in Love Again and a show-stopping Where Eagles Fly, both with crowd participation and enough chill bumps to possibly make the audience forget the 90+ degree temperature in the Cantina.

The festivities began the weekend of October 9 with the annual Cabo Wabo Meltdown. Openers Uncrowned, won A Shot at the Cabo Wabo national band competition, entitling them to an all expense paid trip to Cabo and the opening slot for both Friday/9 and Saturday/10. J Records artist Silvertide followed, warming up for Sammy and the Wabos.

Each performance was a freebie. Wristbands were distributed on a first-come, first-served basis, resulting in the fans lining the sidewalks each evening prior to the following day’s show. The Cabo Wabo Tequila flowed and the crowd loved every minute of it.

Following the Birthday Bash performance, Hagar looked lovingly out at the cake-covered capacity crowd and said, I don’t feel one day older. While I’ve never sang for over two hours a night for six night, I doubt I ll ever do it again. Love and peace.

Getting to meet him in Plano Texas for just a few minutes. He is aheck of a guy, shook my hand . You could just feel the love and gratitude! Happy birthday Sammy, Rock on Red Rocker Gdigger – said gdigger on Oct 10, 2004

The Red Rocker kicks ass. I love all of his music, from Rock Candy and Bad Motor Scooter to Heavy Metal I Can’t Drive 55 and There’s Only One Way to Rock to ’dreams When It’s Love and Poundcake to Mas Tequila – he’s stood the test of time – over 30 years of hard rockin. He’s one of the best. – said notoriusbug on Oct 10, 2004

Man, after hearing everything about the Cabo Bday Bash, I’ve already decided to start putting away money for next year and my virgin trip to Cabo. I already have $100 saved up and it’s still a year away. I can’t wait to be face down in Cabo next year! I’m already counting down! Missy – said rosiejr on Oct 10, 2004

I’m new to the ZRock Forum, but it looks like fun! I too am fresh from Land’s End and attending a Birthday Bash show. We had to return to reality on Monday, so the Mexican Meltdown shows or Kenny Chesney was it. I tried for wristbands to the Friday night show, but made it to the entrance of Cabo Wabo as they said they were out! I decided to rest up and try for the Kenny Chesney show. I got in line at 11 PM Sat. night and at around 9 AM Sunday morning, I had my allotted 2 golden wristbands. The show started out with Kenny Chesney’s band playing a few tunes, followed by Kenny Chesney doing his own stuff. Unkle Kracker then shows up on stage and does When the sun goes down with Kenny. The time I was waiting for was upon us… … Sammy came out and started to jam with Kenny. To make it even better, Michael Anthony rolls out and joins in. You wouldn’t believe how good a country music star sounds doing Sammy and VH stuff, it was great! What more could you ask for… ..Sammy, Michael Anthony, Unkle Kracker and Kenny Chesney, all on one stage rocking out… it was awesome! After a total of over 3 1/2 hours of solid fun, it was time to flood out of the Cabo Wabo. I’ve seen VH and Sammy and the Waborita’s many, many times, but this show at the Cabo Wabo was by far the best music performance by any artist… ever! I’ve already begun making arrangements for next year’s bash. See you all there! Now I’m off to Spokane, WA for the VH show on Wed. Adios! – said ctcabo on Oct 10, 2004 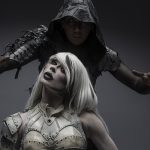 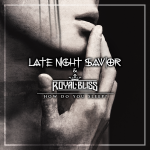 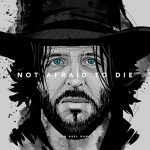