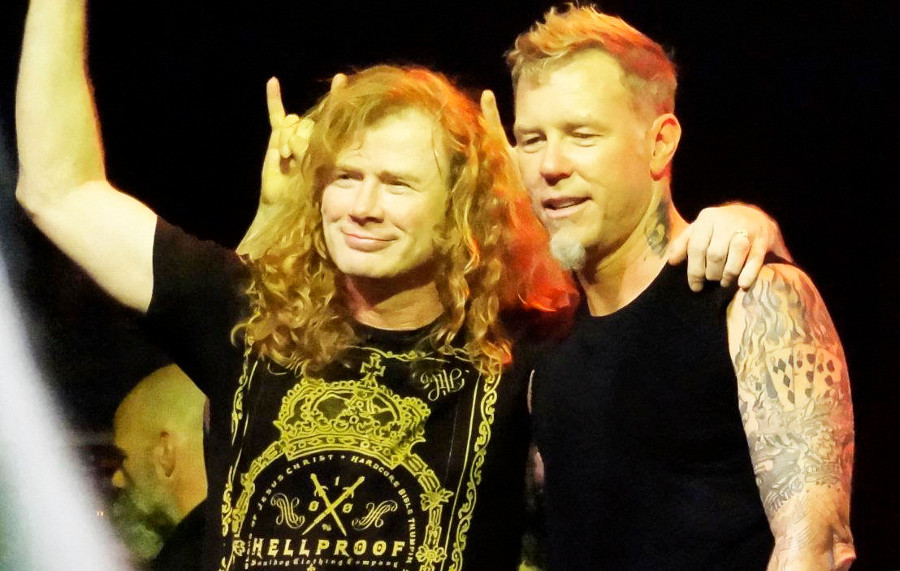 It’s been an interesting start to the week as lead singers discuss reconnecting, rejoining, and being compared to Motley Crue:

Metallica Frontman On Relationship With Dave Mustaine: There’s No Reason For Things To Not Be Good

In a brand new interview with the “WTF With Marc Maron” podcast, Metallica’s James Hetfield spoke about the importance of reconnecting with Megadeth, Anthrax and Slayer — the other members of the so-called “Big Four” of 80’s thrash metal — for a run of dates in 2010 and 2011. “It really started (when Metallica was inducted into) the Rock And Roll Hall Of Fame (in 2009),” Hetfield said. Getting nostalgic and thinking, ‘My God, look at all the people that have helped us along the way, and look who are still around. Let’s say ‘thank you’ to them.’ And so the ‘Big Four’ was kind of that thing. We’re all still playing after thirty… whatever it was… thirty-two years. Let’s go do a gig together. I mean, why shouldn’t we? Let’s celebrate the fact that we’re still alive and playing music that we love. And I think the other thing was, the New Wave Of British Heavy Metal. That’s all I ever hear about. NWOBHM. Blah blah blah. What about the ‘Big Four’? No one knows the ‘Big Four’. Come on, let’s make it known. Let’s make some history here, and let people know, and put a mark there that, hey, the ‘Big Four’ was, and is, a force to be reckoned with.”

Hetfield also talked about his relationship with Megadeth’s Dave Mustaine, who was a member of Metallica for less than two years, from 1982 to 1983, before being dismissed and replaced by Kirk Hammett. “There’s no reason (for things) to not be good (between us),” Hetfield said. “At this point, we’ve all freakin’ fell off the wagon, we’ve all gone into the ditch, we’ve all gotten back on track, we’ve all learned from our stuff. And at the end of the day, it’s just journeys — everyone is doing a different journey — and why would you hold a grudge with someone or vice versa?”  read more at Blabbermouth

Singer Lou Gramm has confirmed that he and the other founding members of Foreigner will join the group’s current lineup “for a song or two” at a concert on the band’s upcoming tour. Although he initially insisted that he hadn’t been invited to reunite with Foreigner on the trek, he tweeted on Monday (January 9): “After 24 hours of some crossed wires and miscommunication, I can confirm that I and the rest of the original band have been invited to join Foreigner for a song or two at any show during this 40th anniversary year. Dennis Elliot and  Rick Wills will be in St. Augustine, FL on 2/24.  Ian McDonald,  Al Greenwood and I will perform on a date yet to be determined.” Gramm and guitarist Mick Jones’s June 2013 performance of “I Want To Know What Love Is” and “Juke Box Hero” at the Songwriters Hall Of Fame in New York City marked the first time the pair has performed together in a decade after Gramm left Foreigner for a second time. Kelly Hansen has fronted the group since 2005.  Foreigner’s 40th-anniversary tour — with support from Cheap Trick and Jason Bonham’s Led Zeppelin Experience — kicks off July 11 in Syracuse and runs through through September 9 in Auburn, Washington. Tickets for the tour go on sale January 13.  read more at Blabbermouth

Ex-Queensrche Singer Geoff Tate: Being Compared To Motley Crue Was ‘Kind Of An Insult’

Former Queensryche and current Operation: Mindcrime frontman Geoff Tate spoke to the Irish Examiner about how the rise of grunge in the early 1990s forced most hard rock bands off the radio and MTV, with album and tour sales plummeting. “When we started, genre wasn’t really a thing in the business,” the singer said. “Rock music was all encompassing. You had different bands doing different things and it was all totally fine. “What happened was that the marketing mentality came into the business. They started breaking everything down and putting music in boxes. At that point, writers began placing us in the same box as Motley Crue. It wasn’t about the music — it was a selling technique. “To be compared to Motley Crue… I took it as kind of an insult, frankly.” read more at Blabbermouth

As the rock world turns, you never know what the future may bring.  Will Metallica ever tour again with Megadeth?  Will Lou Gramm ever do a full set with Foreigner?  Will Geoff Tate ever return to Queensryche? 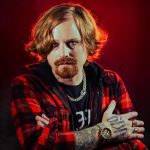 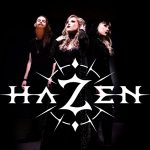 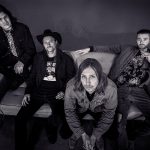