South Florida based Metal band UNION KAIN has released the dark, visually intense lyric video for their powerful metal single, “The Master.” Directed by Jacob Glover, “The Master” is the second single off of their upcoming, debut EP, Black Dawn.

The Master is Union Kain’s version of the retelling of the story of Cane and Abel from the many perspectives of the Old Testament, both Christianity and Judaism. It is a story we enjoyed as children in Sunday school and for whom part of our band name is taken. The question lies with who is The Master? The devil, the serpent, Lilith or Eve — or, is it all the same?

When looking for a way to create a visual that reflected the tone and story for the lyric video, we selected Jacob Glover out of Atlanta. Aside from the Union Kain dragon logo, the video imagery reflects the old biblical stories that inspired the song. It was important to give the video an aged look while at the same time being edgier and true to our fiery cover, and the depths of hell brought to the modernization of the devil…looking at the bloodied skull representing death and evil. The evil intent behind the devil’s trickery to destroy innocence and poke a finger in G-d’s eye.” – UNION KAIN

A chance meeting took place in 2017 when Brizzy Dee answered a local advertisement seeking a drummer with a diverse set of skills. Upon arrival, Brizzy was introduced to Kain and their playing styles instantly gelled. Within a couple months, Brizzy and Kain decided to strike out on their own. Initially writing music as a duo, most of the songs on the bands initial album, Black Dawn were written. Brizzy and Kain then set out to find the much needed missing pieces to their puzzle. Taking a long shot, Kain reviewed online ads in search of another guitarist. Not just any guitarist, one with charisma and raw power. And then Jay the Worst was found. Like catching lightning in a bottle, Jay fit the need. Next, bottom end was needed. Where to find a Bass player though? Jay was on it and out of nowhere, Big $ appeared and perfectly rounded out the bands sound. Finally, a search for the vocalist. Such a daunting endeavor. Lots of great talent came through, yet in the end, stood Glazergirl, a vocalist and lyracist with a unique sound and extreme performance in 2019. Union Kain is a unity of like minded souls in the pursuit of delivering a unique unified sound. 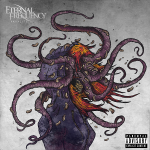