Israel born and LA based heavy rock artist OHP (OREN HALMUT) has committed a new pop classic to the pantheons of metal with his pounding cover of the 1984 A-Ha, 1986 MTV Video Music Awards sweeping hit single, “Take On Me.” Originally premiered with GHOST CULT MAGAZINE, OHP’s metal take on “Take On Me” replaces bubbly synths and soaring falsetto heights with crunchy guitars and bass filled roars, but retains the intense longing from the Norwegian original.

“I chose ‘Take on Me’ for me newest metal cover because its such an iconic song, and one which was a big part of my childhood; it’s also such a distinct time piece of the 1980s and I really wanted to give it a modern take.”
“With this cover, I wanted to stay true to the original while giving it a completely new tonality, so i kept the original key and bpm of the song, and made sure all the major lines are staying in the arrangement, while taking out all the synthesizers and replacing them with live instruments.”

“‘Take On Me’ is performed with LA friends and session players Yohai Portal (lead guitar), Nick Diiorio (bass), and Lenergizer (drums). The video was shot in a warehouse in Los Angeles during Covid as part of a full OHP Live show. I decided to utilize the time when all live music was put on hold, due to the pandemic, to organize a group of musicians, and to take my YouTube channel live. Being a single, one stop shop musician, I chose the best people I believe fit the job, and put together this show with a great production company called Dark Bright that provided all the sound and lighting needed.”
– OHP 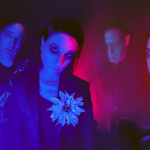