Nirvana With The Lights Out Geffen Records Out Now I knew this box set was coming for about 10 years now. Nirvana was a band that was larger than life when active and making music, yet since the death of guitarist / singer / primary songwriter Kurt Cobain, the band has been elevated to mythical status! This is a very well put together box that totally keeps the legacy alive, and I personally think it Kurt were alive, he would be proud! The artwork is killer with a metal plate picture of the band on the cover of the box, with the pictures on the discs show how the band grew and aged, and the booklet shows the band’s origins and history with some sweet pictures and killer liner notes… all in one nice and neat little package! The booklet shows that the band, even as big as they were, decided to still operate like a simple punk band… doing everything from appearing on compilations for indie labels, doing split’s with The Jesus Lizard, and creating brilliant songs with very few takes at soundchecks and demo sessions! References of Slayer, Celtic Frost, Ledbelly, and The Melvins permeate the book to show the diversity of the bands influences. The first disc (The Sub-Pop Years as I like to call it) has some good really moments with the songs If You Must and Pen Cap Chew, mixed with some downright annoying material like Heartbreaker and Mrs. Butterworth, and even one downright weird song Beans! But the first disc does show the basis of Nirvana’s sound, primitive, yet very heartfelt… not to mention shows the origin of Nirvana’s unique sound and powerful songwriting! Disc One definitely served it’s purpose well! Disc 2 (The Nevermind Era as I call it) is where the music starts to become smoother and well… .downright amazing!

The first 5 tracks are all acoustic songs that Kurt performed on his own, and are definitely worth the price of the box alone! There are also quite a few demos, rough mixes, and B-sides that make their way on this album, and most of the songs have total professional recording quality to compliment the strength of the songs! It’s crazy to hear the basic skeletons of songs that would go on to become major hits and help re-shape a generation! The definite gem on this disc is the B-Side Oh The Guilt which is very hardcore punk yet catchy in the same breath! The 3rd disc is material that is leftover from the In Utero sessions, with more solo acoustic material, and the ever awesome B-Side radio hit Sappy (aka Verse, Chorus, Verse)! This disc has material of a more haunting quality, but overall, it was put together very well. Also included is a raw acoustic version of You Know You’re Right, a song that would become a hit almost a decade after Cobain’s untimely death! The DVD is what really shows the growth of Nirvana best… and how they grew from a small band from a small town to worldwide stardom! The first 9 songs on the DVD are of a primitive nature, but is good that this footage is out for public consumption, because it’s shows Nirvana playing very little musical gear and not a whole lot of talent at time… ..but what makes this footage so special is the fact they are playing with such a great deal of passion. That is what it really takes to make it in a band… .passion!

The first documented live performance of Smells Like Teen Spirit is also on the DVD and hearing it makes you feel you are on the brink of an oncoming storm of a mew movement… .truly powerful stuff! However, the best cut on the DVD is Talk To Me, which was taped when the band (after Nevermind had broken big) did a surprise gig opening for Mudhoney! I think this box is well put together, not just as a box set, but as a chronicle of Nirvana’s short time on earth! My only complaint about this box set: The box should have included the properly recorded B-sides of Endless, Nameless and I Hate Myself And I Want To Die! Definitely for fans of Nirvana or the grunge movement if the early 1990’s in general! 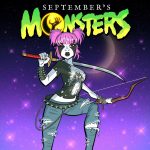