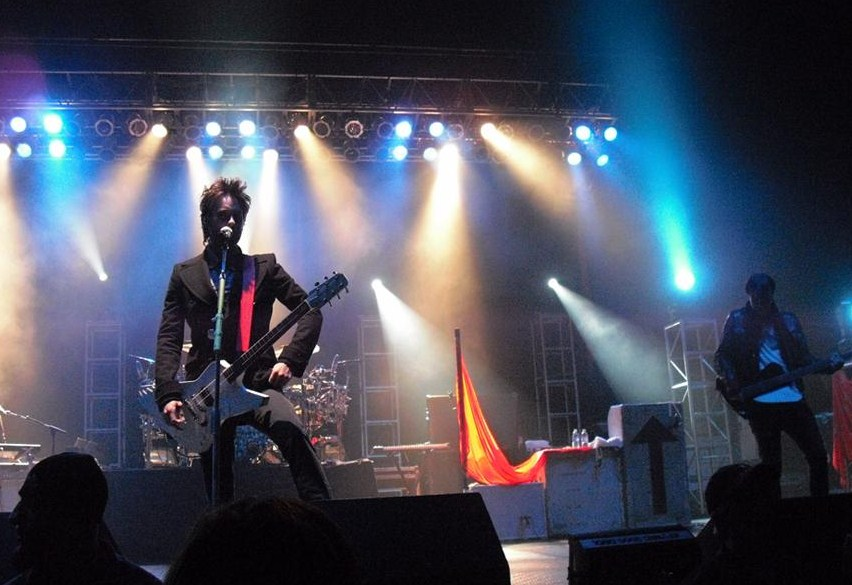 It seems as if Thirty Seconds to Mars found their way to the electronic section of Spotify (case in point) for the first time and it’s pretty disappointing. I am not a lyricist by any means, but it felt as if Jared Leto relied on the electronic beats and featured artists rather than the lyrics for America – making me really miss A Beautiful Lie.

America is Thirty Seconds to Mars fifth studio album and it’s not a rock record. It’s safe to say that many of these songs were heavily saturated in electronics making them all sound incredibly similar. However, I would still like to share with you the three notable songs I found on the album, which was a little challenging this time.

If hip-hop and Jared Leto are your thing then you’ll definitely like “One Track Mind.” This song is pretty chill and offers a take-a-midnight-drive-through-town-type mood.

“Love Is Madness” featuring Halsey offers a look into a struggling couple where the love feels completely one sided. By the end of the song, however, it seems the woman singing (Halsey) realizes she is actually in love with the man. I’m not a huge fan of Halsey but her sultry voice is the perfect addition to this track.

If you’re trying to steer clear of anything and everything electronic on this album, good luck. Track 10, “Remedy,” is the closest thing to rock you’ll get. With a hoarse voice from Jared Leto and a beautifully played acoustic guitar, it reminds me of why I liked 30 Seconds to Mars in the first place. This is a song I can see myself singing to myself out of the blue and that makes me happy.

You can order America directly from the band  here and catch the current tour dates for the Monolith Tour here.  Have you listened to the album? If so, let me know what you think in the comments below or on Twitter!