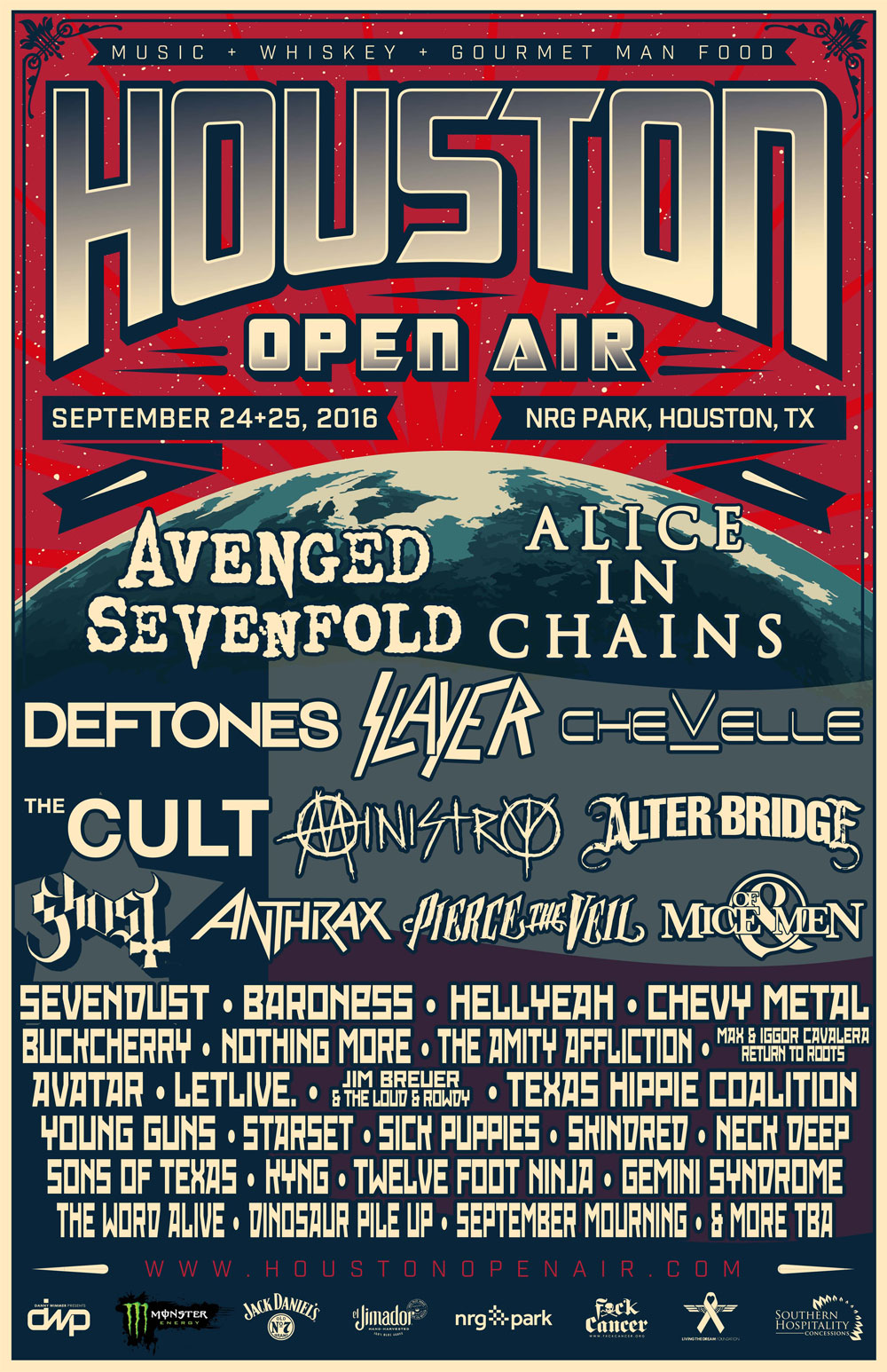 A rolling discounted Early Bird on-sale for weekend General Admission tickets begins Tuesday, May 17 at Noon CDT at www.HoustonOpenAir.com. A limited quantity of Early Bird tickets will be available at the following prices, while supplies last:

VIP Weekend tickets will also be available for $234.50.

Single day and weekend tickets for Houston Open Air go on sale to the general public on Friday, May 20 at Noon CDT at www.HoustonOpenAir.com for the following prices:

Hotel discounts for Houston Open Air are available through Curadora at: https://curadora.com/events/houston-open-air-2016-219baf2a/.

For full details about all tickets, hotel and VIP packages, visit www.HoustonOpenAir.com.

In light of the recent flooding in the Houston area, a portion of the proceeds from all Houston Open Air tickets sold will benefit the Greater Houston Storm Relief Fund. The Greater Houston Storm Relief Fund was established by Houston Mayor Sylvester Turner to accept flood relief donations that will stay in the Houston community and aid the victims of the recent storms. To donate or learn more, visit www.houstonrecovers.org.

Danny Hayes, CEO, Danny Wimmer Presents says, “Houston Open Air has been in the works for almost a year now. It’s awkward to announce a major music festival in a city that has experienced such recent hardship and, in fact, we delayed our announcements out of respect for what Houston has endured. But at the same time, our festivals are about highlighting the strengths (or sometimes the needs) of our host city. There’s no more important way to do that right now than to support Mayor Turner’s efforts to help Houston recover from this spring’s flooding and we will be incorporating this message throughout our launch campaign.”

Danny Wimmer, Founder, Danny Wimmer Presents, add, “Houston is one of the country’s biggest rock markets and, when combined with the impressive food scene happening here, it’s a natural location for a DWP festival. We’re thrilled to have such a diverse first-year lineup that includes Avenged Sevenfold, Alice In Chains and Chevelle. With the inclusion of an incredible food experience and the Jack Daniel’s Whiskey Row, we are kicking off a powerhouse experience that will live in the market for many years to come!”

The full Gourmet Man Food lineup and menus for Houston Open Air will be announced soon.