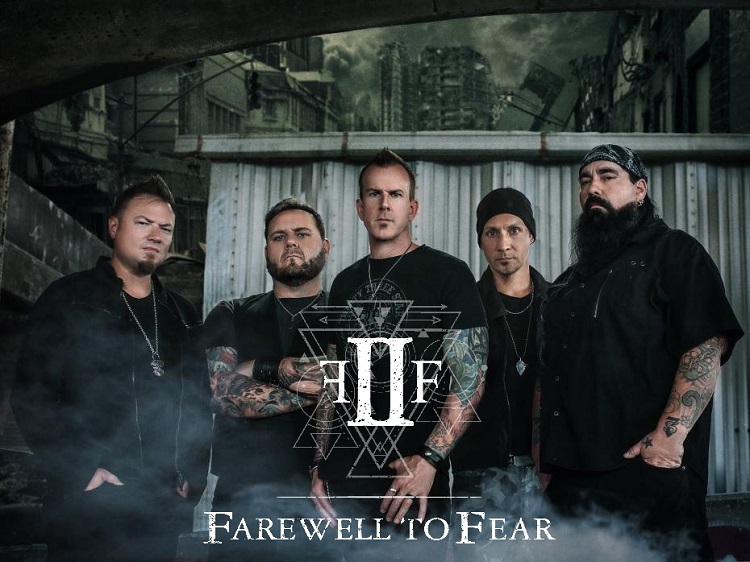 Modern Rock Band FAREWELL TO FEAR has released the official music video for their newest single, “Your Cure.”

The meaning behind the name: fear impedes all areas of our lives’, it holds us back from fostering fruitful relationships, financial freedom or simply risking it all to live out the life of your dreams. The day you say “Farewell to Fear” is the day you realize that you are free from any obstacle holding you back from living the life you were meant to live.

FAREWELL TO FEAR will also be joining hard rockers FLAW on their upcoming THE NEVER FORGET TOUR. Launching January 22 in Little Rock, AR and winds throughout the US before finishing up February 24th in Racine, WI.

“The guys are super excited to be with our label mates, Flaw, on this amazing winter tour. We look forward to seeing old friends and meeting new ones!” – FAREWELL TO FEAR 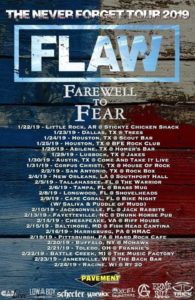 Farewell To Fear was born out of the huge black hole that mainstream rock radio left during the absence of super rock stars like Pearl Jam, Alice in Chains, and Soundgarden. The band revisits that era with big rock riffs, big choruses and big anthems for a new generation of mainstream rockers.

With their first full-length album, New Blood co-produced with Brett Hestla(Dark New Day & Creed), the group generated an incredible three singles on Sirius XM’s Octane channel, an unheard-of feat for an unknown band. This also landed them at #1 on Amazon’s Hot New Rock Singles chart and #8 on iTunes Rock chart. Their debut also earned them direct support from Howard Stern, including the rarest of moments on Stern’s show… airing an entire song as opposed to the normal 20 second snippet he usually shares. Due to this enormous amount of support, the track “Diamonds” reached a most impressive 1 million streams on Spotify.

Inspired by the recording process of their most recent EP Legacy the band started writing and recording relentlessly, ultimately allowing them to seamlessly merge their skills and styles together to create heavy rock songs that deliver a strong punch to the gut while staying melodic and delivering impactful lyrics hitting all ranges and octaves.

Their latest album Voices released by Pavement Entertainment and produced by Damien Starkey (Puddle is Mudd, Burn Season) has further solidified the band’s position in the rock community.

Farewell to Fear have been supporting the Voices album on tour with Fozzy, Jared James Nichols and Deadset Society in Canada and with Like a Stormand Palisades in the US.

The first single off the album “Underneath My Skin” broke the top 30 position on the Billboard Mainstream Rock Indicator Charts.

Undeniably, Farewell to Fear has a full rock assault planned for 2019!”