Brides of Destruction bandmates Nikki Sixx and Tracii Guns knew London LeGrand could sing. The twentysomething vocalist proved he had chops and style during an audition in which he nailed covers of M tley Cr e’s Live Wire and Sweet’s No You Don’t. The question, however, was whether the newbie could pull it off live. To make sure, Sixx booked a gig opening for Mudvayne and Taproot to see how he’d handle a rowdy metal crowd.

Up until that point, Sixx and Guns thought they’d seen everything. After all, with their bands M tley Cr e and L.A. Guns, respectively, they’ve each spent the past 20 years kickin out the jams to packed-house crowds around the planet. But when LeGrand arrived at the venue with his entire body airbrushed to resemble a decaying dead looking tree adorned with angel wings and barbwire, the two were speechless. Nikki and I just looked at each other like, Ohmigod, what the fuck is this? laughs Guns. He went to one of those places where they airbrush jackets and had his torso painted to look like a trunk, his arms were done up like branches, and he had leaves around his neck. His hair was all over the place and he was wearing a leather skirt. He looked like something from another planet. We thought the audience especially the Mudvayne/Taproot crowd would tear him apart, but they loved him. After the show, we told him he can do whatever he wants from now on.

Why the tree motif?

No one had the balls to ask him, laughs Guns. But that’s London. The guy’s out there, but he’s without a doubt the best vocalist I’ve ever played with. He can sing anything. He’s a star.

LeGrand struts his stuff on Here Come the Brides (Sanctuary Records), a gloriously gritty album of sneering, hook-filled gutter pop delivered with fuck-you swagger. Drawing as much from Sabbath and the Sex Pistols as from Cheap Trick and early Kiss, the Brides addictive debut is raw, dark, sexy, melodic and utterly electrifying. Produced by Stevo Bruno and mixed by Steve Thompson (Metallica, Red Hot Chili Peppers, Korn), the album breaks from the gate with lead single Shut The Fuck Up, an unnervingly intense musical middle finger thrust at double-talking politicos. The Brides take off from there, slamming out songs of seduction ( I Don’t Care ), mortality ( Brace Yourself ) and rage ( I Got A Gun ). Among the album’s many highlights are the Queen-like harmonies of Life (with drummer Scot Coogan on lead vocals), the raunchy blues of Natural Born Killers and the heart-melting Only Get So Far, which Sixx originally penned for Grammy-winning country couple Faith Hill and Tim McGraw.

I wrote it with a songwriter named James Michael, says Sixx. We had just written the song Man of Steel for Meat Loaf and Warner-Chappell Publishing liked it so much, they asked us to write one for Faith and Tim. They really loved the song, but then Tracii heard it and was like, Fuck that, we’re keeping this one. I ll give this motherfucker a facelift right now (laughs). He turned it into an amazing Brides of Destruction track.

Of the album’s stripped-down sound, Sixx says the Brides originally entered the studio with the intention of just cutting demos, but were floored by what they captured on tape. I think it was important for this record to sound like a group of guys who just got together in a rehearsal studio and wrote some pop songs, because that’s what it is. We didn’t spend a lot of time setting up mics or getting perfect tones because that’s what sucks the energy out of a project like this. I’ve had people tell me that the album reminds them of (the M tley Cr e classic) Too Fast For Love, because it has that great raw, punk-ish energy. We just cut the album live off the floor and then gave it to Steve Thompson, who has a long history of taking albums and turning them up a notch. Some of the greatest records in rock history have been done like that.

The album and the band sound completely different from everything else out there and I think that’s really exciting, says LeGrand. There’s so much cookie-cutter shit on the radio, but this album has a feel that’s been missing in rock for a long time.

This past summer, fans were given a sneak preview of the much-anticipated Brides debut, when, much to the band’s surprise, a raw version of Shut The Fuck Up was leaked to the Internet. Somebody left one of the hard drives at our rehearsal studio, explains Sixx.

I guess one night it got snagged and uploaded. I couldn’t believe it when I heard it on the Net. Don’t misunderstand, I didn’t mind it getting out we’ve made rough mixes available to fans over our website but I was pissed that someone stole it. Thank God we had another copy.

The Brides courtship began in early 2002, when longtime friends Sixx and Guns began serious conversations about joining forces. We wanted a band that didn’t sound like L.A. Guns or M tley Cr e or anybody else, says Sixx. That meant getting an unknown singer because a familiar voice can easily change someone’s perception of a song. For example, when I hear Audioslave, I immediately think of Soundgarden because of Chris Cornell’s distinctive vocals, even though it’s a completely different band. Various names were discussed before L.A. Guns bassist Adam Hamilton called Tracii about LeGrand, who he described as having a great voice and look. The singer was invited to Guns home, where an impromptu audition convinced Sixx and the guitarist that he was the guy.

Explaining the band’s moniker, Sixx says, I wanted something different like Sisters of Mercy or Lords of the New Church. A friend suggested Brides of Destruction and I was like, Fuck, yeah! Perfect.

They solidified the lineup with the addition of Chicago native Coogan, whose background includes drumming stints with Pete Yorn, Otep and Sinead O Connor. Our original drummer was Kris Kohls from Adema, says Sixx. But scheduling conflicts prevented him from finishing the recordings. Steve Bruno introduced us to Scot, who brings an intense energy to the band. He’s a monster drummer with an amazing voice. He and London laid down some incredible harmonies on the album.

Says Coogan, I’ve been a M tley Cr e and L.A. Guns fan for years, so you can imagine how stoked I am to be in a band with these guys. What makes it even better is the quality of the songs and the power of the live show. People that come to see us are gonna get their asses kicked.

We’re all having a really good time with the band, which is the most important thing, says Sixx, who knows a thing or two about starting a successful group. As the founding member of the legendary Cr e, he’s built a legacy that spans two decades, 40 million album sales and four Top 10 hits. Guns also has an impressive track record when it comes to start-up bands, having founded Guns N Roses in the early 80s and then moving on to L.A. Guns, who’ve made 11 albums and sold more than six million copies worldwide.

We’re not trying to fit into any current scene, says Guns. The goal was to write great timeless rock songs and we accomplished that. We’ve created a sound with a ring all its own. People are gonna freak when they hear it. 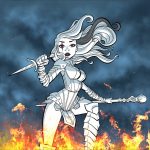 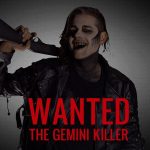 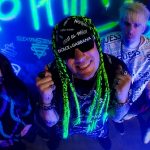