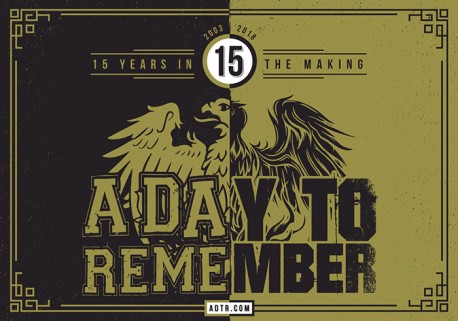 The tour was called “15 Years In The Making”, and it lived up to every expectation I had.

The sold-out show took place at The Great Saltair in Magna, UT on February 27, 2018. It began with The Devil Wears Prada as the first act of the night. While I’m not (and never have been) a fan of the band, I was very impressed with their performance. The energy of the crowd immediately mimicked that of the band and mosh pits broke out within the first three songs, and even those of us who knew none of the lyrics to their songs couldn’t help but dance along in-between ducking punches from the more hardcore dancers. Mike Hranica’s vocals were close to spot-on and it was an all-around good way to kick off the show.

Falling In Reverse was the next band to take the stage. Let me start by saying, I’ve avoided this band like the plague solely due to the fact that Ronnie Radke completely rubs me the wrong way. BUT- his vocals are identical to those on their albums, which is a talent that most performers I’ve seen, have lacked. “Losing My Mind” came towards the end of their set, and it was by far my favorite song that they played.

The third act was Papa Roach, and this was one that I was extremely excited to see. “Last Resort” was one of my favorite songs as a teenager and hearing it live was like a small-scale-dream-come-true. Jacoby Shaddix (lead singer) was basically in the crowd towards the end of their set, encouraging fans to mosh and sing at the top of their lungs which resulted in the majority of the crowd turning into one giant, semi-violent, wave of people- it definitely goes down as one of the most intense and fun concert experiences I’ve had at a show. 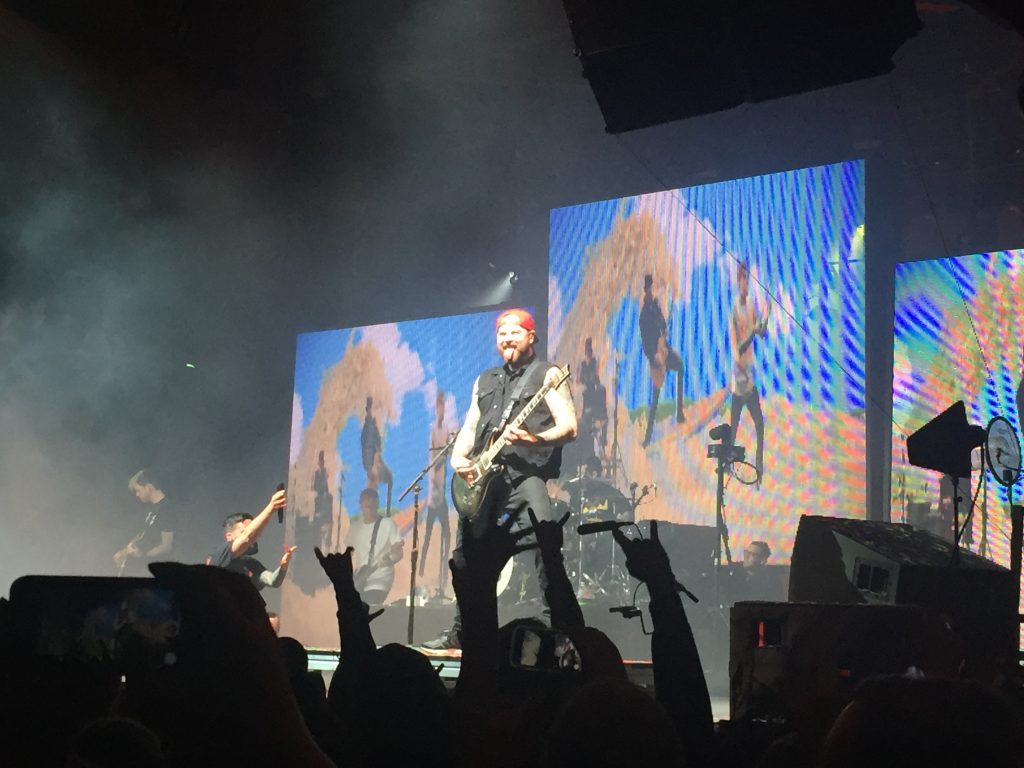 Finally, the time had come. A Day To Remember standing right in front of us; something I’ve waited literally half of my life to see and it was so much more than what I thought I could have envisioned. Along with “All I Want”, “Since You’ve Been Gone”, “The Downfall Of Us All”, “All Signs Point To Lauderdale”, etc., they played special songs for us because the venue had sold out- ones that nobody had expected, some they haven’t played since 2011, even a couple that they’d never played. Jeremy McKinnon put everything he had into every word of every song- vocally, physically, etc. and it showed.

Kevin Skaff provided amazing backup vocals for the band and even duetted with Jeremy for an acoustic version of “If It Means A Lot To You” during their four-song encore. Neil Westfall and Joshua Woodard didn’t get as involved in the theatrics, but neither really needed to considering how amazing they helped each song to be with their skills on their guitars. At one point, they held a competition called “Crowd Surfing On Crowd Surfers”; So, if the name isn’t descriptive enough, people literally stood on top of other people’s bodies and surfed on top of the crowd. I’m sure you can imagine how that went.

Between the energy in the crowd and the complete and total talent that each member of the bands have, it really was “A Day To Remember”… See what I did there? Anyway… You can catch the rest of the tour on the dates below. Do yourself a favor and see the show