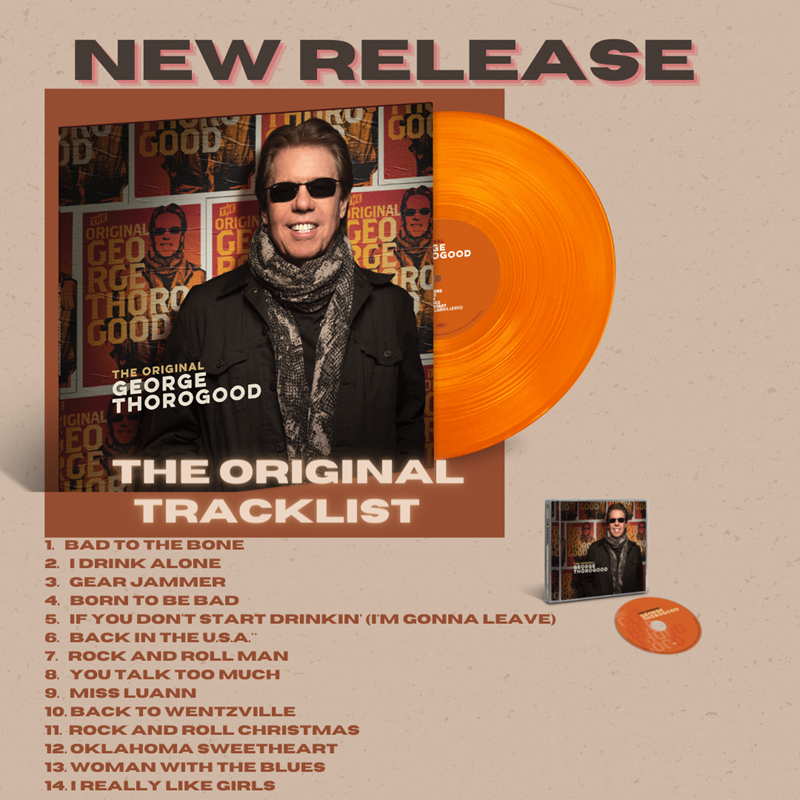 The Original George Thorogood is available now on vinyl, CD, and digital formats – the CD and digital editions feature 14 tracks, while the vinyl editions showcase 11 songs. All versions include such classic Thorogood tunes as “Bad to the Bone,” “I Drink Alone,” “Born to Be Bad,” “If You Don’t Start Drinkin’ (I’m Gonna Leave)” and “You Talk Too Much,” as well as the previously unreleased track “Back in the U.S.A.”

“It’s easy to write a song, difficult to write a good song, and even harder to write a great song,” says Thorogood. “It strikes home that I have the ability to write some pretty great songs, and there’s a real sense of achievement to that.”

George adds about the compilation, “We’ve been playing a lot of these songs for a long time, and some haven’t been performed live at all. I hope fans are surprised by the ones they’ve never heard before.”

* = previously unreleased
** = on CD and digital versions only.

George Thorogood and the Destroyers recently launched the Good to Be Bad: 45 Years of Rock Tour and will be supporting Sammy Hagar & the Circle on the Crazy Times tour starting in June. Check out all the tour dates at GeorgeThorogood.com. 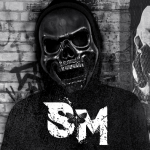