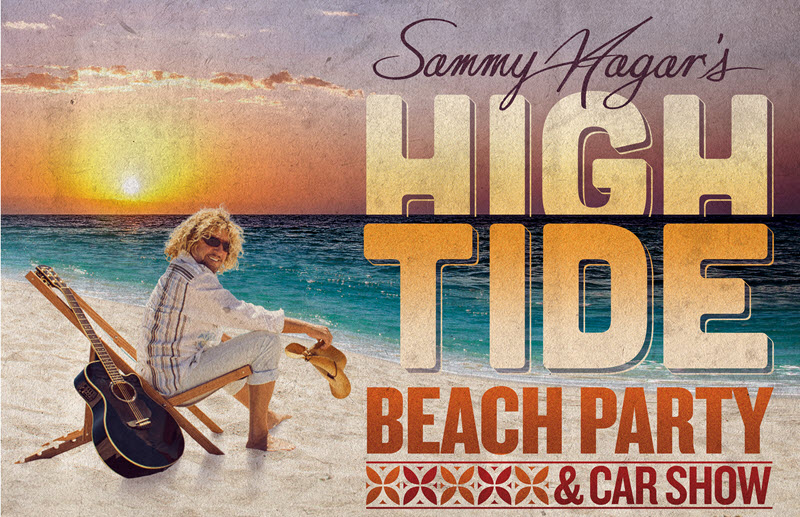 Sammy Hagar’s High Tide Beach Party has been canceled due to permit issues.  Planned for September 28-29 on the shores of the Pacific Ocean in Huntington Beach, California, the event was to include Sammy Hagar & The Circle Richie Sambora, The Beach Boys, Vince Neil of Mötley Crüe, Extreme, Night Ranger, Blue Öyster Cult, Steel Panther, Tony Lewis from The Outfield, Patty Smyth and Scandal, and more.

As reported by The OC Register, State Parks Superintendent Kevin Pearsall said the event’s production company, Freeze Management, hadn’t paid all fees for the festival, including those related to public safety. He said the company also failed to produce contracts for sanitation services and hadn’t provided safety documentation for the main stage as required by California State Parks and the Office of the State Fire Marshall.

“For the first time ever, that I’ve experienced, we are a week out and we were unable to collect fees for any of the required elements of the permit, which included law enforcement, medical and fire,” Pearsall said. “We couldn’t get any of the documents from (Freeze Management) to finish up the Fire Marshall element or the ABC license. Everything has timelines and limits and every single one of them were not met.

“We decided today, at this point, with literally nothing in place, the best thing to do was not to approve the permit.”

Sammy Hagar’s High Tide Beach Party has been canceled due to permit issues. The event had been planned for September 28-29 in Huntington Beach, CaliforniaClick To Tweet

“Our company can’t comment on pending litigation but there are two sides to every story,” a statement from Freeze Management read. “Thousands of music fans and car enthusiasts had a wonderful, memorable experience last year and we were very much looking forward to expanding on that for 2019. All of our vendors, sponsors and performing talent are equally dismayed that this will not happen as intended in Huntington Beach, and ultimately the fans lose the most because they’ve been looking forward to the event for months — some even planning travel from across the country and around the world to visit California to enjoy it. We are grateful for the support received so far from fans, artists and sponsors.”