“Losing another great rock voice to suicide yesterday is absolutely tragic and heartbreaking,” said Seether’s Shaun Morgan. “It’s exactly why we are doing what we set out to do this weekend – to build awareness for this mental disease. I started this festival as a tribute to anyone who has lost someone. If this festival does something to help one person reconsider the tragic choice of suicide, then it will be the greatest success of my career. We will honor the memories of Chester Bennington and Chris Cornell and dedicate this weekend to them.”

Morgan, Rise Above Fest’s founder, was honored in 2016 with the “Artistic Expression” Award from the National Council for Behavioral Health at the Awards of Excellence in Las Vegas. 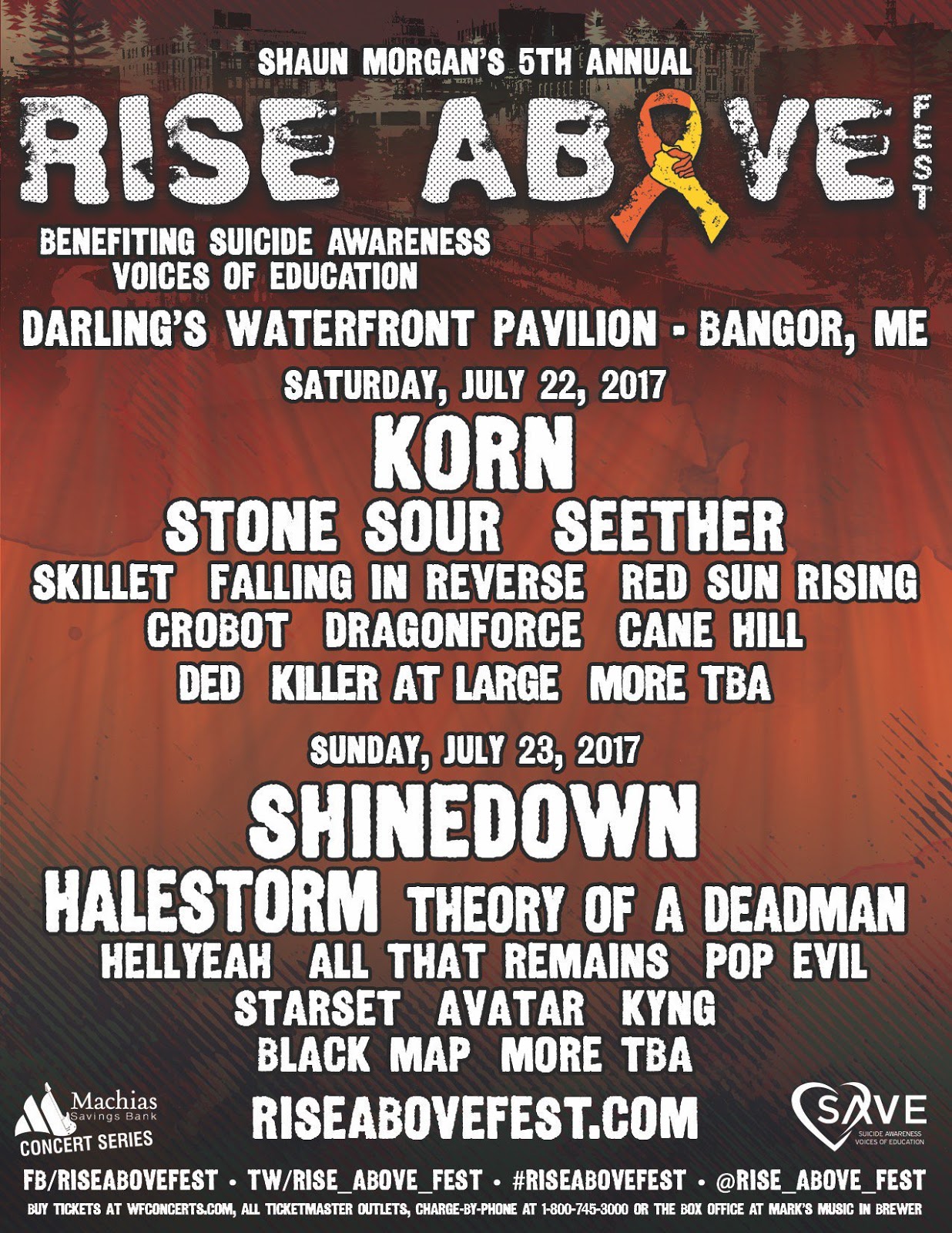 Fifteen years deep into an incredibly consistent and rewarding career, Seether continues to thrive, pushing their creative boundaries while remaining true to their fiercely loyal, worldwide fan base. Poison the Parish is Seether at their very best, a gripping and self-assured affirmation of a quintessential hard rock band in peak form.

For more information on SAVE, Suicide Awareness Voices of Education, visit SAVE.org.