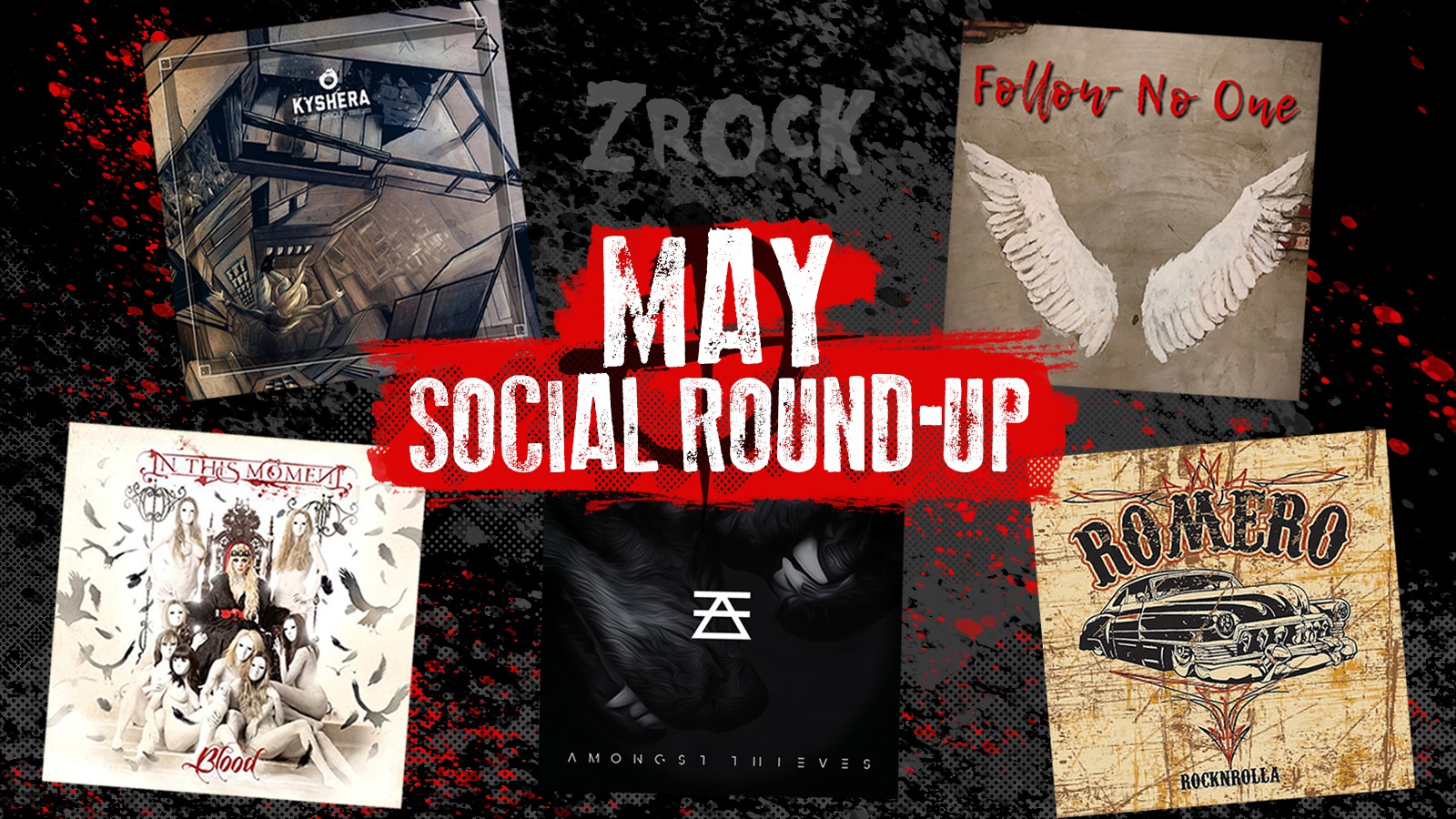 After a short hiatus, we are thrilled to bring back one of our favorite features, the Social Round-Up. For those of you new to the game or just stopping by, every month we round up five of our favorite new artists that were either shared through or stumbled upon on our killer social media channels. You’ll catch our drift soon enough, so we’ll stop talkin’ and start rockin’.

Most of you who have been here with us for awhile know we tend to love loud-ass, in-your-face rock songs. You know what can rock even harder? Two things—1.) Tasty acoustic goodness 2.) Power ballads. You get hints of both in Follow No One’s song “No Regrets.” The song is kicked off with thoughtful guitar strumming followed by the thick, yet airy vocals reflecting on a lifetime of regrets counting cigarettes and coming to the realization that he wouldn’t change a thing. As stated on the band’s Facebook page, the band’s focus is “to Incorporate the Greatest Elements of Rock and Roll’s Past & Present into a unique and exciting New Brand of Rock.” We can’t wait to dig deeper into their catalog to hear the full scope of their repertoire!

The’ve been featured multiple years on ShipRocked. Digging into their video for their song “Blood,” this is clearly a band who’s stormed the scene since 2005 and worthy of every accolade and huge festival play they’ve partaken in, if not more. The lead single and title track from their fourth studio album, “Blood” narrates a lover being hated for being too perfect and is probably relatable for anyone who can’t help but enjoy the exhilaration of being in the throes of chaos. The music video is visually stunning and as multiple YouTube users stated, lead vocalist ,Maria Brink, totally reminds us of a cross between Lady Gaga and Marilyn Manson.

We always have faith when we stumble upon bands from the UK, so we already had high hopes when a music fan recommended York-based post-hardcore band, Amongst Thieves to us. We dove right into their video for their latest single “The Golden Ratio.” The video begins with a man drowning his sorrows over multiple bottles strewn on top of a coffee table reflecting on what appears to be a last straw quarrel with a lover. The band hits with steadfast rhythm guitar and simplistic melody floating above the foundation before vocalist Josh Nash begins to testify about a lover needing to leave and being better off without him. Throughout the entire video, the group’s paints impeccable soundscapes over the imagery depicting a whirlwind of regret, self-doubt, and memories past. While the band doesn’t have a full-fledged tour listed, they are heavily promoting what looks to be a banger in Leeds on 5/4, so if you’re one of our music lovers in the UK, check them out!

Over the past decade, we’ve heard tons about Denver being a hot bed for electronic and funk music with the influx of national badasses moving to the state, but it’s important folks don’t overlook the fact that rock music is perfectly alive and well in the Mile High City. We were pleased to be introduced to Christopher Charles Romero’s music under the moniker Romero this month. “Phoenix Rising” is a mid-tempo head bobber that has everything a good rock song needs—filled out guitar riffs, lyrics to latch onto, and a solid song structure. Aside from the lyrics that lay out some real talk about rising above tribulations, adversity, and the babbling of one’s conscious, we love that this song is just a damn good rock anthem that doesn’t try too hard with overly produced effects or unnecessarily showy solos. While Romero doesn’t have any tour dates listed, it looks like he’s supporting Trapt at Herman’s Hideaway on May 17th. Take note, Denverites!

Another killer band from the UK and another band we may have slept on entirely too long. “Break This” immediately reels us in with a hypnotic guitar loop and being beckoned in with the stanza:

The story of an unappreciated, greed-mongering relationship continues to be told as it builds with rhythm guitar and pumping bass and drum hits. It looks like the band took a hiatus in 2016, but has been back rocking harder than ever lately with an active April trekking throughout the UK. Hit that follow button on your favorite social platforms so you can see what they’re up to next.

Do you have MUST HEAR tunes to feed our earholes with? Follow us on Twitter @ZRockMusic and slide into those DMs. We’re always listening and can’t wait to give you another heavy helping of tunage in June.