JOURNEY Founder, NEAL SCHON, and his wife MICHAELE SCHON continue to pursue justice in their attempts to resolve litigation involving the shocking alleged assault of MICHAELE by an ESG SECURITY staff (MICHAEL FRANTZ) hired by LIVE NATION at the JOURNEY concert at the ALLEN COUNTY WAR MEMORIAL COLISEUM in Fort Wayne, IN on March 14, 2017. LIVE NATION is now seeking to avoid obligations assumed as the promoter of the JOURNEY 2017 Tour through a motion for summary judgment, including their obligation to ensure the safety of the members of JOURNEY and the Band’s entourage, which argument will be presented to the Court on November 6, 2020. Prior to the incident, the SCHONS had implemented direct security services for MICHAELE and JOURNEY at their own cost, but were informed that such would not be allowed and they would be required to rely on the security services provided by LIVE NATION, which exchange was witnessed by and testified to by legal representation for the SCHONS, JAMES A.QUADRA (see Affidavit from Court Record HERE).

MICHAELE has, for the previous twelve years, been at the stage filming the band’s performances and so she is a well recognized and identifiable presence among fans, crew, and staff, and is introduced nightly to security personele. Depositions by JOURNEY security staff RICHIE SURRENCY and LEO STAUB provide extensive support for the assault and negligence claims, with both security officers witnessing FRANTZ putting his hands on MICHAELE, JOURNEY security staff’s response, including RICHIE’S, to rescue her, her running from the area, and FRANTZ’s restraint and removal. STAUB further testified to reviewing the security video showing the full assault which subsequently was altered with the incriminating footage missing, and evidentiary cameras and recording equipment now inexplicably missing from the venue (see below). Depositions had been scheduled with NEAL SCHON for 10/29/2020, however, LIVE NATION has since sought to defer that deposition request of NEAL until after the 11/6/2020, rendering any further statement meaningless. Furthermore, deposition submitted by the previously untrained LIVE NATION / ESG staff member in June 2019, further substantiated the claims concerning the defendant’s targeting and attack of MICHAELE. 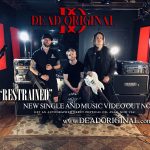