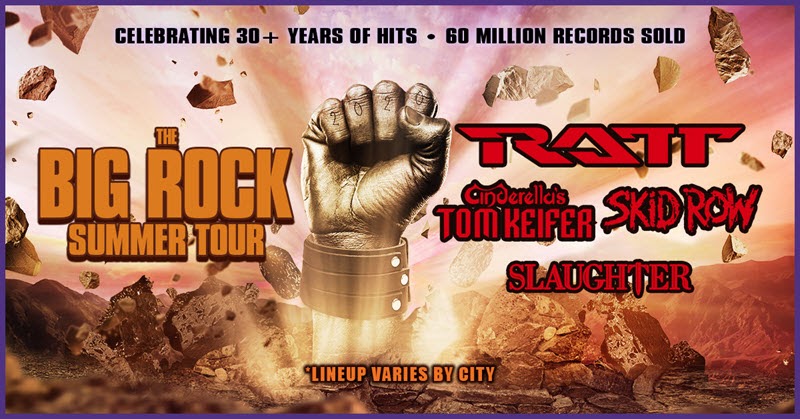 The Big Rock Summer Tour kicks off June 3 in Farmingville, NY featuring RATT, Cinderella’s Tom Keifer, Skid Row and Slaughter –  four bands that have combined to sell more than 60 million albums, including dozens of radio hits and smash videos.  Tickets for all shows go on sale beginning Friday, March 13 at 10am local time. Visit www.bigrocksummertour.com for tickets and complete details.

“We’re looking forward to layin’ it down on The Big Rock Summer Tour. The band is firing on all cylinders and more than ready for the shows with some great bands. Let the games begin!” – Stephen Pearcy, RATT

“We are celebrating 30 years of kick ass rock with RATT, Skid Row and Slaughter this summer, and promise to bring a 100% live, loud, leave it all on the stage, #keiferband style rock show in every city The Big Rock Summer Tour comes to! See y’all at the show!” – Cinderella’s Tom Keifer

Cinderella’s first three albums achieved platinum status – with both ‘Night Songs’ and ‘Long Cold Winter’ reaching triple-platinum – and spawned the hits “Shake Me,” “Don’t Know What You Got (Til It’s Gone),” “Nobody’s Fool,” “Coming Home,” “Gypsy Road,” “The Last Mile,” “Somebody Save Me” and ”Shelter Me,” selling more than 15 millions albums worldwide. Tom Keifer’s 2019 solo release ‘Rise’ debuted at No. 10 on the Billboard Hard Rock Album Sales chart, with lead single “The Death Of Me” hitting the Top 20 on the Billboard Mainstream Rock chart.

“This is more than an incredible summer tour with four killer bands and three decades of hits. It’s a traveling rock and roll circus with friends we’ve known for more than 30 years! And we are ready to tear shit up!” – Rachel Bolan, Skid Row

Skid Row were the first heavy metal band to debut at No.1 on the Billboard Top 200 Album Chart with their 1991 sophomore release ‘Slave To The Grind,’ which was fueled by the hits ”Monkey Business and the album’s title track. Their self-titled 1989 debut included the anthems “Youth Gone Wild,” “I Remember You” and “18 And Life,” and has sold more than 5 million albums, The band have sold more than 20 million albums worldwide.

“Unleash three decades of killer music and let the soundtrack of the summertime begin. We’re looking forward to lighting up the stage with all the bands and you rock and roll maniacs! Get loud! Get crazy! And get ready for The Big Rock Summer Tour! It’s gonna be one wild ride!” – Slaughter

Slaughter achieved double-platinum status with their 1990 debut ‘Stick It To Ya,” which spawned three smash radio hits and Top 100 singles in “Fly To The Angels,” “Up All Night” and “Spend My Life.” Their 1992 follow-up ‘The Wild Life’ has been certified gold in North America. The band have sold more than 5 million records worldwide, and has had six No.1 videos on MTV. 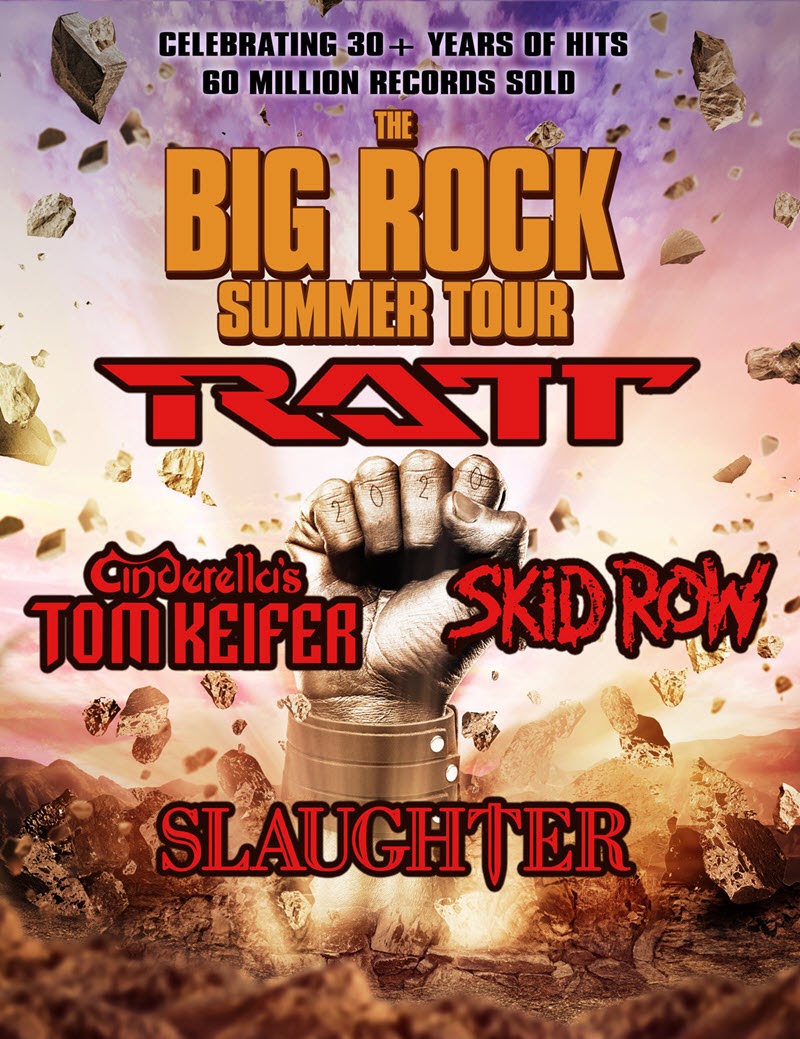 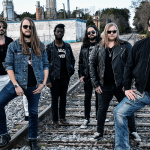 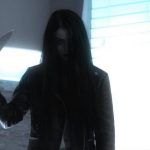 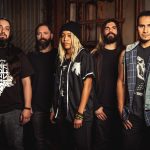