Sammy Hagar brought Cabo to Houston for the Super Bowl

Sammy Hagar and the Waboritas

Sammy’s been rocking Houston since 1973

Toby Keith does the Cabo Wabo – Houston style with Sammy. Sammy was one of Toby’s guests a few hours earlier on a CMT live broadcast with Willie Nelson and Aerosmith.

Victor rocking the night away in Houston

Chad Smith, Toby Keith, David, Mona, Sammy, and Victor take a bow as the party’s over

’downtown Houston was packed Saturday night with over 150,000 party-goers.

Among those who had to cope with gridlock was rock star Sammy Hagar, who was trapped in traffic blocks away from the Super Bash, where he was overdue to perform.

So, Jerry Vann of Emerge Productions and concert promoter Louie Messina took off running down Texas Avenue, commandeered a couple of pedicabs and made their way to Hagar’s vehicle.

They then piled Hagar, his wife and several others in the pedicabs and ran alongside them, back toward the stage.

Here we were going down Texas Avenue like a parade, said Vann. People were yelling. This was the funniest thing I’ve ever seen in this business, and I’m 55.

And Hagar? He loved it!

One Way to Rock

Top of the World

Finish What Ya Started

Best of Both Worlds

Michael Anthony was scheduled to perform at the event with Sammy but was unable to make the trip.

Michael Anthony was scheduled to perform at the event with Sammy but was unable to make the trip. thanx 4 the info. – said PAUZED on Mar 03, 2004

Anyone have mp3’s of this awesome concert? Super Bash Set List – January 31 – Sammy Hagar Thanks very much in advance. Shai – said shai on Oct 10, 2005

It was indeed a great show… Couple of interesting points.. #1. Ted Nugent has gone out of his way to convince anyone who will listen that he has never done drugs, and that he hasn’t touched alcohol since he was a kid, when his dad caught him drunk after he had drank Four or five Pabsts .. Ted came out on stage with a glass of Sammy’s Taquila and said What we have here is genuine Mule Piss… But it’s good mule piss , and then he took a sip from the glass.. #2. Sammy came out several times with what looked like a joint in his hand, and said into the mike that he would fire it up but that there were kids in the audience so he decided not to… Sammy was late… But he came straight to the mike and said I’m sorry I’m late but I swear that I ll make up for it … . He also mentioned that he had done the filmed show with Toby Keith earlier in the day, but that he had fucked it up and didn’t sound good.. This show however did indeed rock.. – said SHOCKLEY on Mar 03, 2006 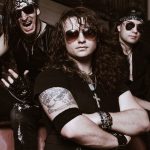 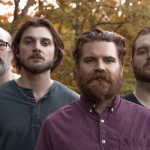